Feeling at Home Across the Pond 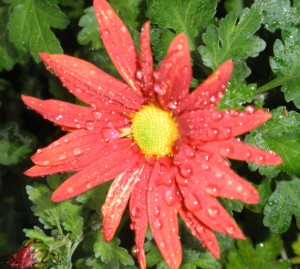 This segment is a story of bingo, bar food and quasi-karaoke – no wonder it felt so much like home!  Just kidding – comfortable, yes, yet anything but mundane…and feeling at home is all about the people – no matter where you are!

Chris and I headed off to meet Val, Ted, and Val’s mum, Mary, at the Bradlaugh.  What a lot of fun this group is!  Very witty bunch.  And dear Mary, almost ever grinning (sometimes rather impishly), despite her memory lapses.  As we were having a drink, Mike and Po happened by, on their way to the Working Men’s Club, a regular Saturday night outing for Po and her friends.  Given the Bradlaugh was quite loud, we headed off to join them when we’d finished our bevvies.

The club was much like what I’ve experienced at a VFW or American Legion hall stateside, but perhaps a bit larger and quite busy.  Po was with a group of her friends up near the dance floor (their usual seats, I believe).  Chris went and greeted them while the rest of us scrounged up a table (not an easy endeavor) and grabbed some drinks at the bar.  Cyril (Po’s “friend”) was seated at a different table and introduced us to his brother-in-law and his wife who seemed quite fascinated.  (Like I have mentioned before, Americans seem quite a novelty in Northampton.  I guess I should have expected it, given how the Brits are received here, but it had just never crossed my mind amidst all the planning.)  In fact, when I went up to the bar for the next round of drinks, a chap asked me where I was from.  Being in carefree mode, I not-so-innocently asked him where he thought I was from.  (Who? Me? A smart ass???)  Not to be so easily charmed, he clarified he meant where from there.  When I told him, he inquired as to why anyone from Vegas would possibly come to Northampton.  The bartender quickly interjected, letting him know I was visiting with friends.  Clearly, our reputation preceded us.

We bought some raffle tickets and bingo cards soon after arrival, as that was the entertainment at the time.  My luck was no better in a raffle across the pond than it typically runs in the States; in fact, Po was the only one who won anything out of all of us – 10 quid (approx. $15 at the time).  Bingo was the biggest challenge (of all things) at the club.  It is considerably different than the bingo I know, but I had no idea of that when the game started.  I was lost most of the first game, trying to figure it out on my own (as is my norm) then finally asking questions out of frustration.  There are six slips with numbers up to 90 on each (almost more like keno – no corresponding letters, like our bingo), so quite a lot to keep track of and mark, especially when the caller moves at lightning speed with an accent that takes more than a bit of concentration for an American to grasp at that speed (while also trying to concentrate on the card).  Seemed a bit more like work than fun, given everything.  I’m not sure I ever fully figured it out, or at least not enough to explain it, but I was feeling better about it as we neared the end of our second (and last) game – of course, just as I’m getting the hang of it we’re done!  All said, you win if you get a straight line or a full house (black out the card).  Perhaps my slip was a winner, but the player faulty (or fawlty, for you Monty Python fans).

Next, we headed to Gala Casino, Mike’s regular hang, for a bite to eat.  You can get bar food up in the casino (logically, in the bar area).  On this night, there was live entertainment, which meant a singer with a karaoke system.  We ordered some food and drink, which ended up being comped by the manager, whom Val knew.  I had an English breakfast sandwich with sausage, bacon and egg that was quite good.  Throughout the night, between raffle tickets, bingo cards, and menus, we’d developed a standing joke: “Specs on, specs off” as, one by one, we would put on our reading glasses, take them off, put them away, pull them back out and repeat again.  Given the timing, it kind of reminds me of a game of Whack-A-Mole in hindsight (pop up, disappear, pop up…)

Then it was time to enjoy the entertainment.  Mary (Val’s mum) was quite enjoying the music, and I thought perhaps a dance was in order.  So, Chris and I took Mary out to the dance floor, and fun was had by all.  (Chris is very free and flowing when she dances, and I always smile at the self-expression, especially when she tosses in bits and pieces of her favored belly dancing.)  Mike was (of course) there as well and out dancing the previous song, so he stayed and joined us on the floor.  Later, he came to ask Chris to dance (unbeknownst to her, as she was deep in conversation), and I somehow picked up the vibe.  I decided to subtly (or not so subtly) interrupt and let her know she needed to listen to the singer/host who was saying it was a special request to dance with his sister to his favorite song (from Titanic, no surprise given his fondness for that era).  Definitely brought a smile to my face – can’t see my brother ever being up for that!

At one point, Mary, who was seated next to me, got a chill, so I helped her out with her shawl and coat (also having warmed her hands between mine at the club when she mentioned they were cold).  She seemed to be having a good time.  I really felt a warmth in my heart for her from moment one.  I can’t explain why any more than I can when I feel a fondness instantly for anyone; I just know it happens now and then.  I am just glad that over time I have become so comfortable and appreciative of the elders among us, shedding the fear so prominent in my youth (which I’ll never fully understand…).  Given the wisdom and history and stories from days gone by, I’m sure I missed so much (and am grateful I now soak up all that I can find).

We took our turn at the free SafeCracker game in the casino.  You pick six, seven or eight numbers and win the jackpot if you match them all.  Needless to say, no winners amongst us!

I went out for a smoke on the patio (a nicely arranged outdoor space with tables, chairs, heaters for smokers, with an airy feeling given the casino/patio is on the second floor).  There was a chap who was probably 35 to 40 with an older guy.  The younger one made a comment about just needing a good-looking woman with a lot of money. (I was the only woman on the patio at the time.)  When I didn’t react, he said it louder, so I dutifully glanced over, at which point the older guy said, “He’s talking to you.”  From the gist of the conversation previously, I got the sense the gold-digger had been on a losing streak, which is part of the reason I ignored him in the first place.  As a long-time resident of Vegas, I know the state of mind of someone who has lost money gambling, and it usually isn’t pretty.  My instinct, as it is so often, was correct.  It went south pretty quickly.

In response to his quest, I replied something to the effect of not being qualified on either count, to which he replied, “You’re American?” (and it wasn’t with the friendly, enthralled tone I’d grown to expect).  He proceeded on a rather pissy note, complaining about how we come there and buy their things, yadda, yadda.  (Really?  Another man with a staunch mindset rambling about his views with no idea the wider range of ramifications?)  The air had suddenly grown rather chilly.

But two can play that game, and, at this point, strong international relations were no longer of import to me – suddenly I was, instead, some sort of perverse Vegas ambassador.  I told him if he really wanted to gamble, he should come to my town and spend some of his money.  I couldn’t resist the subtle poke – inviting him to spend his money in the U.S. after he complained about we Yanks spending ours there…  (Good thing this wasn’t Casino Royale, or I’d have no doubt been accused of being in the employ of a villain and dubbed “Yankee Booty Dandy” or something.)

He pointed out a nearby, rather raggedy-looking younger bloke, of perhaps Southern Asia descent, as being rich, with his older buddy nodding along (bringing someone else into their negativity for no clear reason, since it is not I who professed the desire for someone rich).  Happily, the young guy was much more of an adult and charmingly attempted to break the ice by commenting that he considered winning being level.  I agreed and said that, where I come from, we say exactly the same thing – breaking even IS winning.  He then opted out and said he was going back to lose more money, and I quickly followed.  (The next time I went out, it was fortunately equal numbers of males and females, and there were no further “international incidents.”)

Back inside, Mike came all the way over from his table to ask if I needed a drink (well, “all the way over” might be a stretch because the casino bar is not that large).  (I’ve said it before, though, and I’ll say it again – I was very, very spoiled by Chris’ family and all their friends!)  I made some reference to my strange encounter outside, still a bit taken aback at the difference in attitude, and Mike and Chris seemed rather concerned.  I simply brushed it off as a case of arrogant machismo and got back into the inside scene.

Over the course of the night, Mike introduced me to several of his friends, and it was obvious he’d told them my story (including my introduction to Father Phil).  Upon being introduced, I was greeted with a variety of clues:  “Oh, the American!”  “So you’ve met Father Phil!”  “Oh, the Marco Polo!” “Oh, the one who’s on a tour.”  Aah, finally the sense of celebrity for which I’ve always longed! <ha, ha>  I was just soaking it all in and was shocked to discover it was 1:30 am when we got back to Po’s.  Good thing there wasn’t much on the docket for Sunday – nothing until lunch at 1 – so we could sleep in (plus, time to turn the clocks back so an extra hour right when I need it, thanks to government silliness).  Decided to do a little packing before turning in, just to get a jump on things and have more time to relax on my last day with Chris in her comfort zone.